SAMSUNG GALAXY S9 & S9 PLUS FULL DEATIL AND SPECIFICATION ABOUT THIS PHONE !

Hello guys,
This post is all about samsung galaxy s9 and s9+ these two smartphones are going to launch in MWC (mobile world congress) which is held in barcalona some how the official trailer of samsung galaxy s9 & s9+ got uploaded on YouTube on thre official youtube channel so all the specification i have covered in here is totally correct.

The samsung galaxy s9+ have dual 12mp(f1.5/f2.4) camera's and it has 1.5 apperture which going to be first 1.5 appurture lense for any smartphone. It also have 12 mp selfie camera with 1.7 lense. The rare camera has a amezing slow motion recording capacity with 960 fps and it also have feature to record in 4k 60fps which is rearly seen in any smartphone so the camera will be very good in this phone. 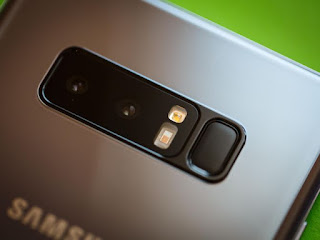 The US varient of this phone is coming with the snapdragon 845 which is a latest processor by snapdragon and the global varient of s9&s9+ is coming with exynos 9810 chipset both the processor have great power in terms of performance and these prosessors are capable to support iris scanning also. This chip can support the 960fps slowmo video and 4k 60fps which proves the power of these chips.

You guys are getting a super amoled touch screen with 16M colors.
The display is 18:5:9 ratio display with the 1440*2960 pixels and this display is coming wiyh gorilla glass 5 protection and it also supports for 3D touch only on home button. 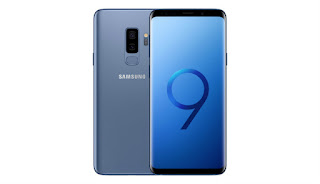 The samsung galaxy s9&s9 plus is having a dual sterio speaker which has amazing sound on the paper. The previous s family was not having this feature but the recent flagship smartphones are coming with this feature like google pixel xl and iphone x and now this s9 is also coming with new feature. 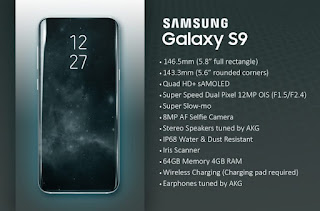 After all the main feature let's talk about the remaining features of this smartphone the s9 and s9+ have IP68 water resistance it has wireless fast chrging. Let's talk about the storage the s9 & s9+ coming with the 4gb and 6 gb ram varient hte price will deffer acoording to the ram varient.

here is the leaked image of the specification: 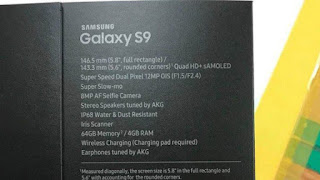 at February 25, 2018
Email ThisBlogThis!Share to TwitterShare to FacebookShare to Pinterest

The revolutionary Vu VOD Upscaler is breakthrough technology to apecifically enrich the video and audio playback for VOD(video on dema... 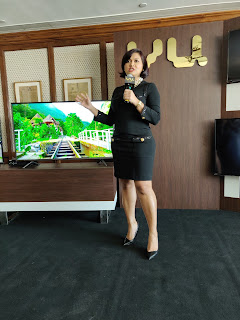